The Council shares the concern of many residents about the harmful effects of the fouling of footpaths and public spaces.
Responsibility for patrols has again been assumed by Wrexham Council. Incidents can be reported online.

When on the highway or footpath dogs should always be on a lead.

When visiting our country parks they should remain on the lead in the Visitor Centres and car parks but they can run free and have a great time in the rest of the park areas.

Dogs are also not allowed on bowling greens, marked sports pitches and fenced children’s play areas, skate parks, tennis courts and multi use games areas. Dogs must be kept on a lead when crossing farm land by public footpath. The worrying of sheep and cattle is a serious matter which may be reported to the Police.

Owners are also reminded that they should have a bag with them when exercising their dog to make sure they “pick up the poo” after their dog fouls.

Failure to stick to the measures could cost you a fine of up to £100 and no-one wants that to happen.​

The measures are part of the Public Spaces Protection Order which came into force earlier this year following public consultation which showed strong support for control of dogs in certain areas of our parks and visitor centres.  They apply all over the county borough and are clearly signposted in our parks and public areas 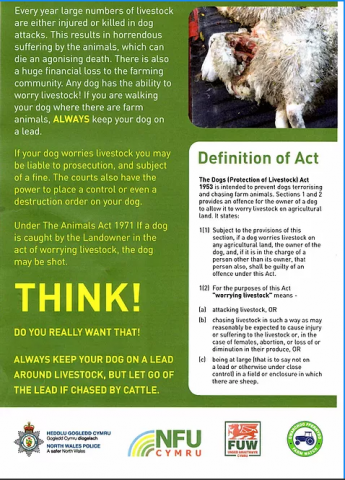 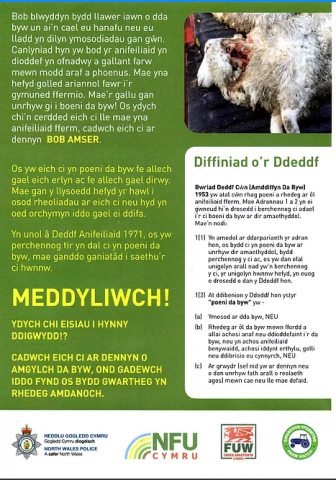