Here is the tribute published by the Wrexham Leader to our two Councillors who recently passed away.

SAD WEEK FOR COMMUNITY COUNCIL AS IT LOSES TWO STALWARTS

Minera Community Council is mourning  the loss of two of their Councillors,  John Edwards and Wyn Blaze, who have died within days of each other.  Both were active and dedicated members of the Council serving their five communities of Gwynfryn, New Brighton, Wern, Five Crosses and Minera itself.

Wyn Blaze, born and brought up in Llangollen, had lived in Bwlchgwyn since the late 1990s with wife, Pam, and twins, Rob and Katherine, and was a popular , well-respected member of the community. Especially passionate about the upkeep of Bwlchgwyn Village Hall he could often be found there turning his hand to every type of odd job when needed, but service was already in his blood, with over forty years’ involvement in the Scout Movement, including as former Leader of First Wrexham Scouts.

After a working life spent travelling North Wales as Field Sales Engineer for Finning UK, retirement offered Wyn the chance to spend time with family, especially his five grandchildren, and to enjoy many cruises with Pam.

As a Councillor his main responsibility was street lighting, overseeing the mass changeover to LED bulbs three years ago, as well being point man for rolling out the defibrillator programme for the Minera Community.

Wyn passed away suddenly on Thursday 17th March. His funeral will be on held on Tuesday 5th April at PentreBychan at 11.30am, with donations requested to The Scout Association.

John Edwards had been on the Council for forty years,  the last ten as Chair. In common with Wyn, his was a life based around service and community, his time on the Council one of the great joys of his life.

John was a Gwynfryn man through and through; his only prolonged absence from the village was for service in the RAF, service which inspired him to instigate the Minera Act of Remembrance where he would be seen each November proudly wearing his poppy and laying the wreath.

John loved nothing better than getting about the villages, stopping for chats, listening to people’s questions and comments, taking on their concerns and looking for ways to resolve them. He was a people person, and also a doer; if something needed doing he would invariably be found doing it.

His passion for all five communities within Minera never dimmed; right up to his last few days he was monitoring progress on the Council’s considerable programme of work.

John died after a short illness, on Friday 25th March; his funeral will be held at St Tudfil’s Church, Coedpoeth, on Wednesday 6th April at 1.45pm, with donations requested for Shooting Star.

Like Wyn, John was particularly energised about the defibrillator programme, and the imminent installation of the first one, in Gwynfryn, will be a touching testament to the service, skill and tenacity of both men. They leave a great gap in the community and in the Council and will be much missed.

“This is an enormously sad time for our Council, our community and especially for two families we hold very dear. Our thoughts and wishes are with Pam, Rob, Katherine, and all Wyn’s grandchildren, and with Trish, Sion, Louise and Anthony, and the whole of John’s large extended family.

“The commitment and contribution of John and Wyn will be long treasured and remembered. We were honoured to have known them and worked with them for the benefit of the villages of Minera Community, and we will carry on the work in that spirit and in their memory.” Councillor Hazel Field, Vice-chair, Minera Community Council. 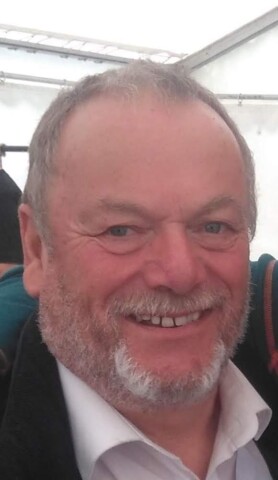 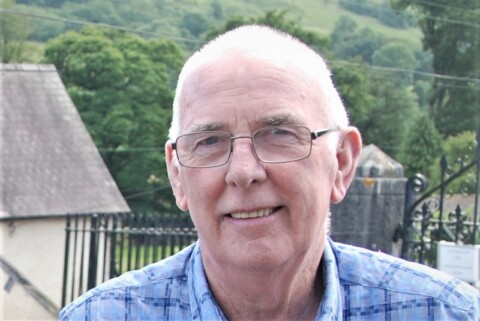